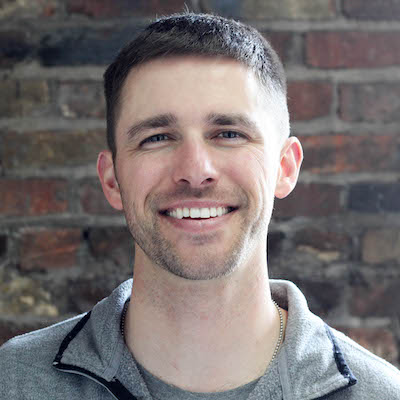 At Awesome Inc, we have lots of silly rules and traditions. These things are fun and add personality to what we do, but we want to be clear about what we really stand for. Now, we of course have the explicit goal of ‘starting and growing high tech, creative, and entrepreneurial companies in communities…in fun, cool ways’ and there are plenty of ways in which we can and are accomplishing this. The point, though, is that we need to be clear about the principles with which we want to pursue this grand vision as a whole, and each specific endeavor we undertake to manifest it.

We have seven core values, but in order to make this simple we wanted to boil that down into ‘Four Pillars of Awesome’ upon which at least one of each core value sits. These are those four pillars and why we’ve chosen each one. We will get into the Core Values that are grouped under each pillar in a later post, but since these four pillars are the easiest to remember, we’ve started here.

You have to start here if the rest of your project, this business, or your life is going to fulfill you and ultimately be worth doing, working at, or living, respectively. You can’t do something that you don’t believe in, that you don’t think matters, that goes against what you know is ‘right’ and ‘good’ in your heart and be able to look your soul in the mirror…much less share it with the world with pride. Don’t waste your time working on something that you believe doesn’t matter - not that it has to be the most important task in the world, or even the most important task in your world, but it has to be a task that’s pushing forward something that you believe in, that you know will touch people in a way that you know is really ‘good’. Another aspect of being good is being honest - always telling the truth - and having integrity - staying true to your core values. If you’re not honest (your FF & SS are high) then people can’t count on what you say you have done or will do, so it’s impossible to work with you. If you don’t have integrity…well…then this whole list is pointless because you won’t like by these standards. Many of the most well-respected people to ever live became so because of their commitment to their principles. We feel like this is not only critical to being well-respected, but one of the most important parts of being awesome as well.

If you are doing something that you believe matters in a way that is in line with your moral code, your sense of purpose, it follows that you shouldn’t then be able to accept an end result that you know isn’t excellent. It’s not that this result of excellence happens on your first try, or even your second or third, but that excellence is unanimously agreed upon as the final result and anything less would be morally unacceptable to all those involve because of their belief in Pillar #1. This is both an internal, subjective commitment to mastery as well as a completely objective measure of results. In other words, excellence means ‘do your best no matter what’ but this maxim also doesn’t become an excuse for not actually creating results. In order to have a company of people who produce results, each person has to be committed to improving and mastering themselves. In order to have a group of people who are committed to improving and mastering themselves, you need to have a culture that expects stellar results.

Any great undertaking isn’t done alone, and even if it could be, we aren’t interested in doing it that way. We exist to serve others. We work next to others in pursuit of this vision. Human beings crave connection. Companies are communities. To deny any of these things is to deny reality and the happiness that comes from enjoying the company those around us. We want to connect with others that care about what we care about. We want to deeply understand the problems and desires and lives of those we hope to serve. We can’t do this with ‘coworkers’ or as a ‘company’…we can only do it as a community of friends and teammates, committing to do good with excellence for customers we care about.

While some less than perfect teams have produced occasional excellence, no dysfunctional team ever became a dynasty. More importantly, no team has enjoyed pursuing something, no matter how good the cause and how committed to excellence everyone was, if nobody liked anyone else. People crave connection, and we figure that the easiest way to make a friend, is to be one.

This one is last for a reason. If you aren’t a person that’s naturally committed to being good, excellent, and a friend…then we don’t want you to be you…actually we don’t want you, period. Awesome Inc isn’t about you because, as the first pillar clearly states, it’s about ‘being good’ by doing good, putting integrity and honesty up front and making sure that the focus is on the product or service and the benefits it provides in the lives of our customers. But if those first three pillars deeply jive with who you are, then there’s no reason you can’t bring the rest of ‘you’ to the table. Actually, we insist that you do just that. It’s why you’re a part of the team - not just for your specific skill set, but because of who you are as an individual. As long as you share the foundational principles with everyone else, the type of music you like, the clothes you wear, your essence - however you define it - is an important part of what makes Awesome Inc truly Awesome.