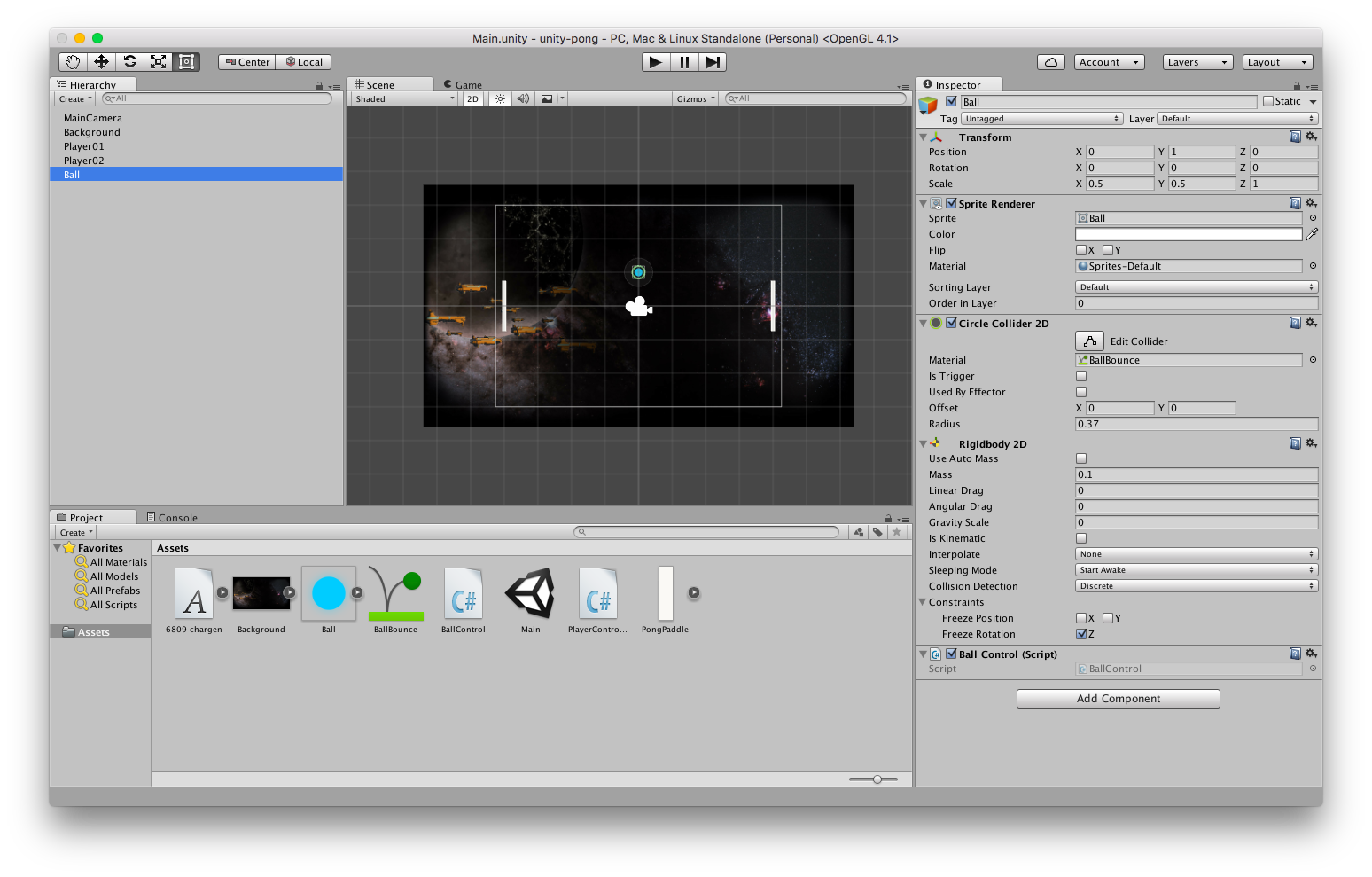 The Unity Pong tutorial is actually the most popular destination on our site, besting even our home page. It has been listed on dozens of sites for aspiring game developers. However, it was in desperate need of an update.

Since Team Alpha member Will Oldham authored the tutorial back in 2014, the Unity game engine experienced a major version update from 4 to 5. With this update, lots of our code simply didn’t work. Unity makes migration pretty easy, even helping developers to automatically convert their code. However, this tutorial is targeted for beginners. It’s one of the most commonly selected tutorials for project day during our Week of Code summer camps, so we’ve seen first-hand the unnecessary struggle for newly-minted coders attempting to make Pong.

We’re excited that our Unity Pong tutorial is once again ready for showtime. Both the tutorial and our sample code on GitHub have been tested with Unity version 5.3.5. So stop making excuses, and give game development with Unity a try today!