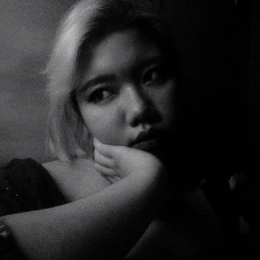 
This is a guest article from freelance writer, Chatty Garrate. Check out her bio at the end to learn more about her.

As we continue to advance into a world wherein software replaces different jobs across multiple industries, the work of computer programmers, data scientists, and QA engineers is becoming more and more in demand than ever before. With specialized skills, finding a high-paying programming job can be easier than in other industries.

Myth 1: I’m Too Early Or Too Late In The Game

People who want to code say this way too much, but the reality is that learning how to code knows no age. While it’ll give you the advantage to start as early as possible, you can begin your programming career at any time you’d like.

Just search for accomplished programmers who started a little later in life, and you’ll see that there are a ton of them—telling their stories and encouraging others to start their journey. Plus, employers value experience more than anything else. So, give it a shot!

For parents who feel like it’s too early for their kids to learn how to code, don’t hesitate! Our learning capacities as humans reach their peak between the ages of five and twenty, so your child isn’t too young at all.

Myth 2: Coding Is Only For Geniuses

We get it—it looks hard with one seemingly unintelligible line of numbers and words after another. And, for some reason, the general population has associated programmers with being math geniuses. In reality, writing code has very little to do with the math you did while studying.

It’s true, though, that knowing a little bit about algebra can give you a great foundation for writing code. However, with all the libraries, frameworks, and plugin encoders available nowadays, you can find a way around complicated algorithms easily.

Learning to code isn’t as hard as the movies portray it. If you can read and write, you already have the foundation to expand your skills and knowledge of programming. Most computer languages are just abbreviated versions of natural languages like English. Think of it as bridging the language barrier between the language you can understand and the language computers can follow.

Some courses might make coding look complicated, so it’s important to pick good materials from the start that are tailored to beginners. Don’t overwhelm yourself on the first try!

Some people avoid coding because they think that it’s a dull or uncreative field. But just think about everything you see on websites, video games, and even your social media profiles. You can thank the programmers for those.

It may seem like coding is just putting words and numbers together, but it actually requires a lot of creativity and imagination too. When coding, you will likely encounter difficulties here and there. An inventive mind comes in handy when you’re trying to come up with new solutions to old problems.

Programming evolves just as the digital world does—extremely fast. Once you’ve mastered one language, don’t pull the breaks! You’ll eventually find out that there’s still more to learn about it since languages are constantly updated with new functionalities and libraries.

Learning is non-stop when you want to be a programmer. Being fluent in more than one language will be advantageous for you, as certain languages are better suited to certain tasks than others.

If you’re a web developer who has already mastered Java, you can try learning Python or Ruby next. Knowing these languages might just help you perform your tasks much more efficiently as compared to only understanding Java.

Myth 5: It’s All About Speed

Speed does not always equal skill unless we’re talking about competitive programming. While it’s great to see someone solve a complicated programming problem in an hour or two, speed is not a measure of being a good coder.

Coding can be complex most of the time and it’s unfair to judge your ability just on the time you spent doing it. What defines your worth as a coder is your patience while going over the same problem over and over again just to arrive at the right answer.

Myth 6: It’s Such a Lonely Profession

It’s easy to think that programmers spend their days alone in front of their computers. However, the profession is more collaborative than one might think. Programmers work in teams, combining their skills, knowledge, and experience to build things that will make other people’s lives a little easier.

Furthermore, what’s great about programmers is that they share what they know. There are tons of coding communities out there filled with people who would love to help you out.

Myth 7: Maybe It’s Just Not For Me

Nobody in this world was ever born a natural programmer. The programming masters you look up to now have achieved their level of success through years and years of patience, persistence, and practice. Programming has a heuristic approach to learning, so you’ll eventually find your way of solving problems.

There’s an art to programming as much as there is a science. Each programmer has a different approach to different questions.

These myths are just the tip of the iceberg, as there are many more like them that are just as debunkable. Coding will always look intimidating with all the lines and numbers you’ll see on the screens of programmers. However, there’s no need to be afraid to learn how to do it on your own.

No matter your age, experience, or profession, you can begin your programming journey today! Come and learn to code with Awesome Inc! Whether you’re an adult who wants to start a new career, an entrepreneur looking to expand your programming skills, or a student who would love to start learning how to build apps and games, Awesome Inc has coding courses for everyone.

Chatty is a freelance writer from Manila. She finds joy in inspiring and educating others through writing. That’s why aside from her job as a language evaluator for local and international students, she spends her leisure time writing about various topics such as lifestyle, technology, and business.