In 2013, YouTube hosted an event they called “Geek Week” that showcased and celebrated a subculture of YouTube: the Geeks. Of course over the week there was one day set aside for the celebration of every Geek’s favorite activity - Video Games. On this day, a YouTube channel called Polaris - made famous from game-playing duos like “The Game Grumps” - released a video called “MULTIPLAYER - Games bring us together.” The video is a five minute montage of different YouTube content creators that focus on making videos about video games - from playing them, to talking about them, to criticizing them. It is sometimes difficult to understand why someone would choose to invest their life into something as momentary, as intangible as a video game. The thing that brought these people to do what they do was not a stereotype. It was not that they were lonely kids who had nothing better to do, nor were they avoiding having a real job. It was because they had been part of a community of gamers and wanted to give back. Here were dozens of different groups of people who played together, who worked together, who cared about each other. People who had never met and would never meet felt free to share their lives and their stories. They all were brought together under a simple banner - playing video games. And now, all these ‘YouTubers’ got to create the community they themselves had benefited from. That’s a phenomenal opportunity, and one they constantly talk about how grateful they are to have had. 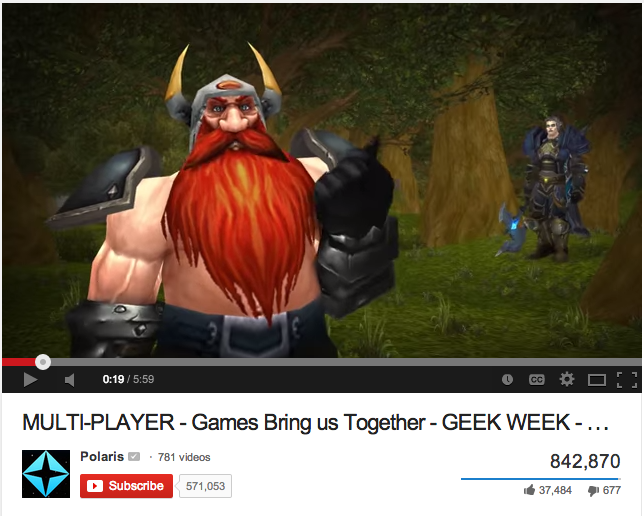 Those relationships are a real part of real communities that are simply awesome things to watch and be a part of.

But giving back to that community like those YouTubers is hard. Being a member of it is easy and rewarding, but being on the other side - a content creator - that’s difficult. Few people that try to become streamers and YouTubers and lets-players succeed. Few people are able to land a job at a major studio making AAA games. For a long time, it took an extraordinary amount of time and effort to start creating and sharing. And a lot of luck on top of all that.That has changed. Now, products like Steam and Kickstarter and IndieGoGo are helping independent, at-home game developers become a reality. No longer is it necessary to land a job at a major label to be able to give back to the game community. But no software or company has ushered in this new reality quite as much as Unity 3D.

The answer as to why is simple - Unity is made for everyone.

Unity 3D is a powerful piece of software designed for easy, streamlined game development. The best part is, it can be used by all levels of developers, from those at home, to, as Unity staff hope, a AAA title. Unity is a friendly UI that renders game objects in a 3D or newly added 2D space. Building levels, layouts, characters, and items are as simple as menu choices, importing textures, mouse scaling, or even just importing pre-rendered assets from the Unity Asset store - some for money, some for free. But the real power comes from Unity incorporated scripting elements. Once those objects are rendered, controls and behavior is generated via scripting through the built in IDE MonoDevelop. Developers can choose between JavaScript, C#, and Boo as scripting languages. MonoDevelop not only supports all three languages and has a killer, easy to use API, but also generates menu options for class fields. Let’s say I need a ball to chase another ball. Instead of scripting in that one ball needs to reference itself as the start point and the other as the end point, I can make two empty variables ‘start’ and ‘end’, use those variables, and later assign what object those variables should reference from the Unity Inspector panel - by dragging and dropping the objects themselves into the menu. And Unity doesn’t just stay on your desktop - almost 40% of mobile games are now developed through Unity.

John Meister, the leader of a local Game Dev group ‘RunJumpDev’ talks about some of the changes that Unity can bring to the game development world - taking massive game projects from over six-figures to below fifteen-thousand dollars. This integration of a powerful environment with lots of resources combines with the ease of use to give developers a platform that can make an FPS as easily as it can Pong.

And in fact, Unity has been the magic behind the curtain for many games you may have heard of. ‘Zombieville USA’ was #1 in the App Store for quite a while. The magic that made it happen? Unity. ‘Thomas Was Alone’ was a big hit in the Steam Greenlight program, and I think you can guess what made Thomas tick. That’s right - Unity. You can check out this this list, which includes indie game ‘Kentucky Route Zero,’ for a better idea of just what games you’ve been playing that were made with Unity.

Here at Awesome Inc, and especially Awesome Inc U, we love Unity. It’s the epitome of what we want to see grow in all aspects of technology - the ability for someone at home to sit down and decide to learn to do something, and then do it. If you’ve been designing games for fifteen years, or want to think about starting next week, then Unity has a niche and an opportunity for you. If you’re interested in capitalizing on the opportunity to do something fun and get involved in some great communities - local and otherwise - then check out our own Unity tutorials - they’ll help you hit the ground running, and get you involved that much sooner. If 2D games are your thing, and you miss the days when Atari was as common a name as Coke, then check out our Make Your Own Pong tutorial. If you’re all about mobile gaming, and want to jump a bit more into Unity 3D then check out our Udemy-hosted course on How to build an Angry Boxes game with Unity - our own adaptation of Angry Birds. Either way, we strongly encourage you to get interested and involved with coding and game design - there’s nothing quite like the communities you’ll find because of it. Good Luck, and Game (Develop) On!