While the bitter January winds were still galloping through downtown Lexington, a group of thirteen students, ages ten through seventeen, began a three-month journey into the world of software development. What began with the simple desires of, “I want to make my own video game,” led down the complex path of GitHub commits, nested If statements, and the challenges of debugging C# code with Mono. Last week, as April neared a close, ten students completed this step of their learn-to-code journey, with nearly 100 hours of programming practice behind them, and a slew of experiences and portfolio projects that coders twice their age would be honored to display.

The semester-long Awesome Inc Academy program grew from humble beginnings. In 2013, we visited several area schools to help facilitate Code.org’s global Hour of Code event, a one-hour long introduction to computer science concepts through hands-on exercises. Prompted by the engagement of the middle and high school students we worked with, we followed this up with the logical next step: the Day of Code. Moving beyond block-based programming, we got into typing syntax from industry-standard programming languages, Day of Code challenging students to go beyond fun games to building useful software. When our Day of Code alumni asked us for their next challenge, we responded with the Week of Code, diving into Website, Mobile App, and Video Game development during our first multi-day camps in the summer of 2014. We thought we had satiated the desires of students and parents at this point. Could middle and high school-aged kids possibly want to learn more beyond this? It turned out, we had underestimated the lengths to which they were capable. 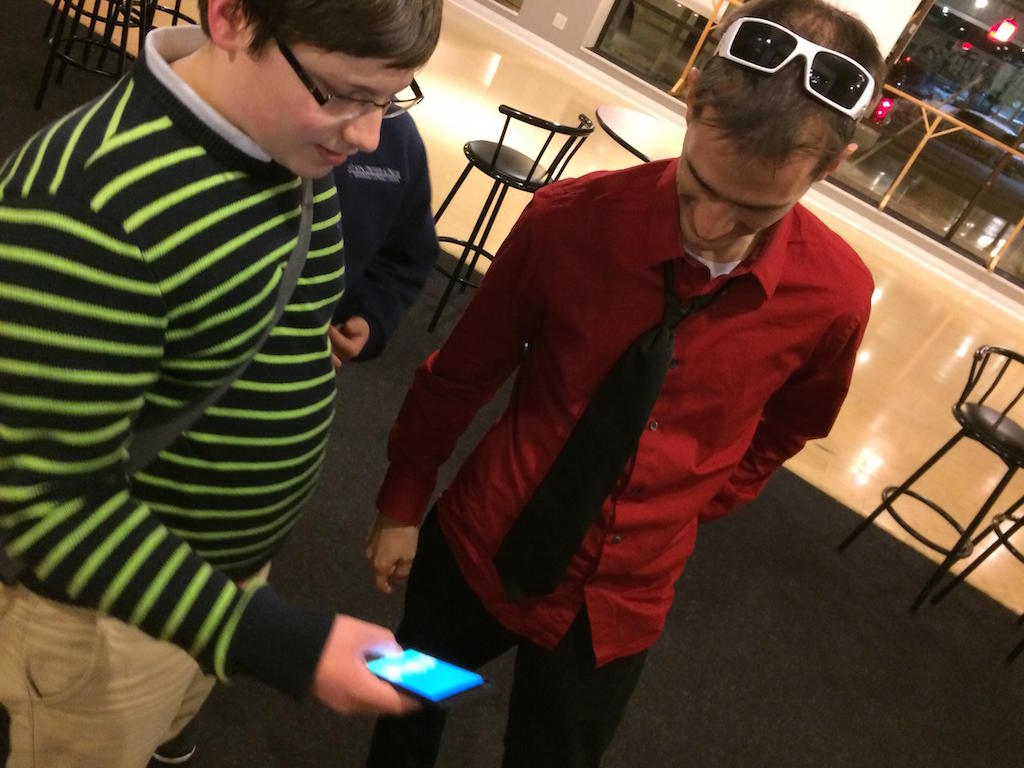 The first semester of the Awesome Inc Academy began in September 2014 with nine students. Most had taken Day and Week of Code classes with us, or other programming lessons through Newton’s Attic, Transylvania University summer camps, or the few CS courses available in Lexington-area schools. Different from our day-long and week-long courses, the content for the 14-week Academy session was neither predetermined nor homogeneous. Each student chose his or her own goals, and worked with our team of coaches to craft an individualized learning plan. A handful of students marveled at the iPhone and chose to build their own mobile apps, some comparing breeds of dogs, and some displaying features of leading lacrosse sticks. Other students dove into websites for cats, or custom-crafted video games, with their own 3D environments, leopard control schemes, and unique characters. Three months later, these students amazed us with their final presentations, and made us all wonder, “Was I doing something this cool at their age?” 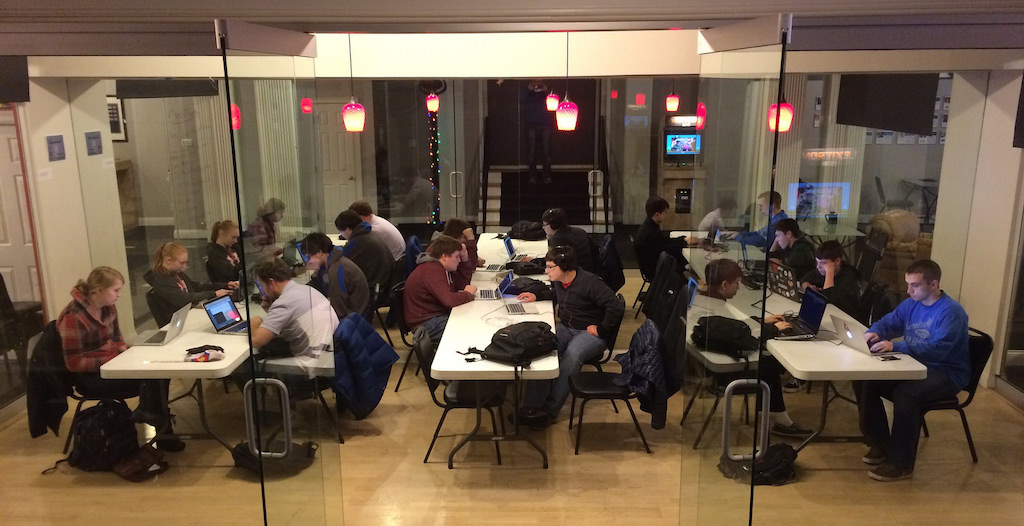 Last week marked the completion of our second semester of the Academy, and once again our students rose to the occasion. These boys and girls, representing 11 different area schools, both public and private, not only designed, created, and tested their own software, but also had the eloquence to present it in front of a group. Nearly 50 people were in attendance for Academy final presentations, ranging from parents and siblings of our students, to Awesome Inc staff and Academy coaches, to software developers and executives of local tech companies. While these teenage students may not be starting tech companies in their parents’ basements this summer, they’re well on their way to polishing the skills that will enable them to do so in the future. If the likes of Bill Gates and Mark Zuckerberg got started programming before they graduated high school, shouldn’t more of Kentucky’s kids be doing the same?